The reality surpasses the stories

The tales of Chivalry and the epic tales of great political and military feats do not seem to have started even in the Middle Ages, or perhaps as Umberto Eco says we are returning to a New Middle Ages. Only in the XXI century in the already 21 years of it, the Reality surpasses the Stories, let's see;

to. A political and ruling class advised by notorious teams of publicists and creators of fictional images have risen in their levels of ascent, in fact, many inept or inept who once would have passed without leaving a trace in human existence have become first and foremost leaders and mandatory. His steps were ephemeral in his mandates and his still open endings, will show that Reality surpasses all Story.

b. The Story of the end of history and the death of politics, brought as a consequence a period of real poverty in all respects concerning many central and peripheral countries. Doing that improvised in the Art of good government will leave many nations in ruins. Reality again imposed itself on the Story.

c. The Belief of Myths never proven in its own existence and of constantly creating enemies and conspiracy theories have built stories that have divided societies and nations, always leaving the saga that the fault is always the Other, never to assume any responsibility. Here also the Reality demolished and will demolish many Stories, according to Pericles being the famous Aristotle, the only truth is Reality and there are no stories that can sustain it.

d. Political Fiction and Stories die before the crude and inexorable Reality that societies show: Pandemics, Fall of governments, Institutional crises, Coups d'état, Violent transitions, Bankrupt economies and the illusory belief in quasi-magical or ideological solutions that will not prevent the final conflict towards which societies march when those who lead them are based on stories outside all Reality or on creating blame on others without assuming their own. The Blindness of the Narrative in the political, economic and social sphere leads without delay to the Reality of endings that are often unwanted or expected. And the maxim is fulfilled: You will know them by their fruits. 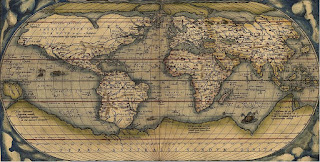