THE TALIBAN IN THE POWER

On Thursday August 19 we will analyze the advance of the Taliban movement on the former republics of the USSR - at the gates of Russia - such as Tajikistan, Uzbekistan and others and the return of Jihadism. On Monday 16, 2021, the Taliban seizes power in Afghanistan, implements Islamic Law - Sharia - in its most radical version and establishes the Sura Council and the Military. The defeat of the United States and its allied forces is thus demonstrated. All this will be analyzed by the 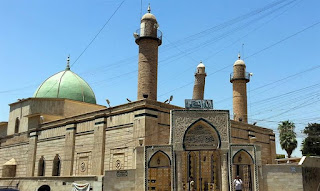 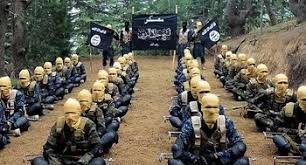 The Projection on the Middle East and on a global level in the case of Beijing where there is a large Islamic population belonging among others to the Ugur culture.

In another vein, the announced withdrawal of the United States from Afghanistan, already announced by President Biden, and previously envisioned by Donald Trump, implies a defeat, leaving almost 85% of the territory in the hands of the Taliban. Today, August 15, the Taliban have taken over the government of Kabul, which began with Mullah Omar in the 80s, which gave rise to Al Qaeda and which first faced the Soviet army and today it defeats the forces of The United States has a body again, the facts must be showing the evolution of events.

We cannot forget that the Taliban already in the 80's faced the forces of the then Soviet Union, and today with strength it is pushing the exit of the United States. Radical jihadist Islamism returns to the stage with a strong seizure of power.

It is one more chapter for a global and serious study of the so-called fundamentalism or what some analysts point to as the germ of jihadism. Then came Al Qaeda, Daesh, and other organizations, the beginning of the so-called global jihad, which goes beyond geographical and political boundaries..