Joined The Youth Diplomacy magazine as a media volunteer in 2017

Member of Gorchakov Fund for Public Diplomacy club since 2019

Member of the Union of Journalists of Russia since 2020

Independent media volunteer with a dedicated focus on cultural diplomacy, intercultural and educational cooperation, Russian history and culture since 2021 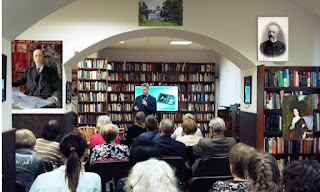 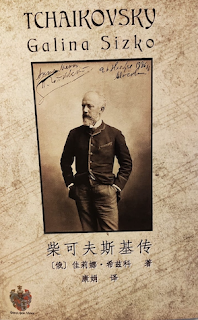 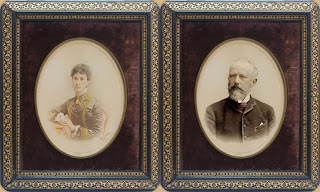 Denis von Meck: interest in Russian culture and history easily brings people of all ages, professions and nationalities together.

They say that song is the soul of the nation, but is it possible to hear the soul in symphonies, operas and instrumental concerts? Today we will learn how the symbol of Russian classical music unites countries and continents and talk about cultural diplomacy in action with Denis von Meck, founder and president of the Nadezhda von Meck International Charitable Foundation.

- Denis, how did your path to cultural diplomacy begin? What would you like to tell representatives of other cultures and mentalities about?

- So far, I am just at the very beginning of the journey, but consider it to be really promising and extensive. This is my first project in the field of cultural diplomacy which includes three main areas at the moment. One of them is the popularization of the work of Pyotr Ilyich Tchaikovsky in different countries of the world, carried out with the help of his music lovers. Moreover, I publish books, record videos and podcasts about the lives and good deeds of people who created the history of our country. And finally, I hope that in 10 years there will be not 50 as it is now, but 500 musical educational institutions named after P.I. Tchaikovsky in the world, united in a dedicated association. Students of such schools, colleges and universities could not only become seriously interested in the personality of our great compatriot, but also make a contribution to their future career by learning to perform his works professionally and with greater love.

- German poet Heinrich Heine asserted: "Where words leave off, music begins." And Pyotr Ilyich said: "Where words are powerless, a more eloquent language appears with all its force - music". No doubt that such knowledge is possible, and the work of Tchaikovsky is definitely the best confirmation. It was he who created “Russian versions” of many musical forms, although our compatriots including Anton Rubinstein had composed piano concertos before. And yet, Sergey Taneyev (composer, director of the Moscow Conservatory) stated that the first truly Russian concerto belonged to Pyotr Ilyich. Besides, Tchaikovsky said a new word in sacred music, discussing the differences between Roman and Byzantine traditions with Taneyev. And can you not hear folkloric melodies in his music which make it so Russian? Just remember the melody of the folk song “There stood a birch tree in the field” in Symphony No. 4 in F minor.

- Which international projects dedicated to Russian history and culture are currently led by your charitable foundation?

- I am developing friendly relations with the Tchaikovsky Society (Tschaikowsky-Gesellschaft) in Germany - perhaps the most authoritative foreign organization of the kind in the world. The association of European musicians, musicologists and music lovers has already celebrated its 25th anniversary and hopefully a similar organization will appear on the other side of the planet - in Japan. So far, my main hopes are connected with the Asia-Pacific region and Latin America, although until restrictions are canceled and borders are opened many things can only be assumed and not planned.

- So, there are many admirers of Russian classical music in exotic Latin American countries?

- I would not say there are many of them, but I was just lucky to begin a cooperation with a lady from Argentina who is in love not only with the work of Pyotr Ilyich Tchaikovsky, but also with the personality of Nadezhda Filaretovna von Meck. Love works wonders and probably it helped my acquaintance to open a local agency named after von Meck which supports people of art at the beginning of their careers. We are also planning to publish a book about Tchaikovsky in Spanish this year and I am sincerely grateful to a talented translator from Spain for her contribution to this project.

- It would be interesting to know what attracts foreign audiences most of all.

- I think the audience is mostly attracted via music. The phenomenon of Tchaikovsky as a composer is that his compositions are more popular now than 150 years ago. Modern technologies allow us to find music for any taste on the Internet and yet interest in the work of Pyotr Ilyich is growing from year to year all over the world. Probably, genuine art is stronger than cultural differences, fashion and even time.

- Do schoolchildren and students participate in your events? If so, how did you manage to capture them and attract their interest?

- It is important to come to love your homeland as a child. I have experience of speaking not only in front of young people, but also elementary school children, who are curious to learn about life in the 19th and early 20th centuries as well as about the good deeds of people of that time, which are still honored by their descendants. In the future I am planning to publish dedicated books and coloring pages for children of all ages. Hopefully the educational institutions we discussed before will bring up not only first-class musicians, but also kind and caring people.

- What is the easiest way to talk about one’s native culture in our digital age? Which information portals turn out to be most popular abroad?

- In fact, we all differ in channels of perception. Some like to read, others - to listen, and some - to watch. It is important for me that as many people as possible can learn about Russian history and cultural treasures, so I have mastered all forms of communication with audiences: publishing books, recording webinars and podcasts. In addition, I hope to start making films and digitize published books after a while. As for the foreign public, so far I have published only a paper version of the book "Pyotr Ilyich Tchaikovsky" by Galina Sizko in Chinese and a digital version of "Tchaikovsky’s Spiritual Journey" in Japanese, but think this is a good start.

- Do you believe print editions can still compete with electronic books?

- In my opinion, the age of paper books will not be over soon. They have one undeniable advantage – illustrations which can be works of art themselves. Nevertheless, electronic books may "catch up" with print editions and even "get ahead" of them over time as digital images are easy to enlarge and save. Besides, some readers are interested not only in drawings and photos, but also in archival records which are sometimes easier to find in electronic format.

- I guess readers are curious about your immediate plans. Which countries do you expect to cooperate with in the near future?

- So far, the Asia-Pacific region and Latin America remain my main centers of attraction. Now when the Tchaikovsky and von Meck Association is already established in Japan (http://1220letters.com), I plan to move toward cooperation with China, Korea and other Asian countries. Probably it is better to publish literature in state languages first and then start developing communities of musicians and music lovers, organizing festivals and concerts. Maybe it will be even easier to work with Latin Americans as the cultural barrier between us is not so high. Moreover, for many residents of Spanish-speaking countries religion is not just a set of strict rules or rituals, but a foundation of their life and worldview. It is for them that I plan to publish Galina Sizko's book " Tchaikovsky’s Spiritual Journey " in Spanish and hopefully it is going to be a success. It is a different matter that only experts in confessional differences can tell modern Catholics about the spiritual quests of an Orthodox person from the 19th century. Most likely, translation and adaptation of the book will be performed by a big team, but no doubt this work is worth it.

- Any path teaches and changes us in its own way. What did you discover personally for yourself while presenting your native culture to a foreign audience?

- I don’t have lots of experience working with foreigners so far, but there is one thing that really surprises and inspires me. Despite the complex international situation, interest in Russian culture and history easily brings people of all ages, professions and nationalities together. Once I was impressed in a nice way by a Japanese national who suggested to name a local community of Tchaikovsky's music admirers the “Japan-Russian Association named after Tchaikovsky and von Meck.” I considered this just a courtesy typical for the Land of the Rising Sun and deliberately used the name “Tchaikovsky Association” four times, but the patient Japanese kept insisting on the first option. Later I asked why he was so attracted to the name von Meck and heard approximately the following: "If our compatriots learn about such a wonderful example of patronage and selfless moral support, it will be an honor for them to join this association.” So, you can see that one can make truly remarkable discoveries even at the very beginning of a long journey!

- Denis, thank you for today's conversation. I sincerely wish great success to your International Charitable Foundation and hope that, thanks to the efforts of caring people and Tchaikovsky’s timeless music, cultural "bridges" between people and continents will become even stronger.