The crossroads of globalization

These processes were accentuated by the so-called pandemic and post-pandemic, the appearance of new conflicts and highly complex scenarios.

If we review the situation of the so-called central countries we will find varied and systemic complexities, let's see:

- The United States is in a very delicate moment of its internal economic situation with serious problems that it had already overcome -economic stability- with the conservative administration of Ronald Reagan, that is to say, today there is an alarming setback and expansion of spending that light up the board emergency, in addition to becoming involved in international war conflicts. The withdrawal from military and war scenarios of the Trump era to return home and promote internal development, today has been replaced by returning to military scenarios nothing more and nothing less with issues such as NATO, Russia and China. Time will tell the results.

- China, which continues to be an economic power, today shows some degrees of retraction in its economic processes, the Asian giant is also projected towards emerging countries with a great deployment, whether it be Africa or Latin American countries, such as the recent agreements. with Uruguay and permanent negotiations with Brazil, the giant of the South, according to Henry Kissinger, where Brazil goes, Latin America goes.

- Russia presents a complex scenario accentuated by military operations outside its territory, in the case of Ukraine, but with a great resource: the energy that supplies almost all of Europe. And it is precisely the issue of food and energy that today plays a central role, which allows Russia to position itself at the center of the global stage, in addition to global integration proposals such as the St. Petersburg Forum, the Valdai Club and the so-called BRICS that have a great future where Brazil and China play a very important role.

- Europe is at its worst crossroads since the post-war period, economic crisis, future energy crisis and leaving the old neutralism and its own economic interests, to align itself economically and militarily with the United States through NATO and even countries like Sweden and other Nordic countries. They have chosen this path. 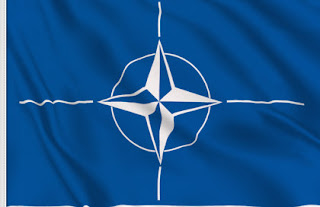 - Latin America presents even more complex scenarios, from deep social conflict, crisis of traditional political representations, implosion of alliances and confrontations and in some countries of the Southern Cone, with a great deterioration of their economies and quality of life: social crisis, high inflation, investment restrictions and political representation in crisis, with the presence of high levels of corruption. In other words, a complete cut between political society and civil society. All this accompanied by a vertiginous increase in poverty, the fall of the middle classes and the collapse of the quality of life. In the words of Max Weber there are no politicians at the service of politics but politicians who use politics for their personal interests, a perfect apothegm for this region.

- Africa, Asia and the Middle East, in addition to their internal crises, continue to be the object of war conflicts, censorship and social explosion such as that of Sri Lanka, the role of Turkey that plays a key role in the East-West assembly and the presence of the so-called jihadism of radical Islamist groups such as the so-called Islamic State, ISIS or Daesh, which continue to operate even though they are not in the forefront of international news.

In short, the world in full development and with consequences still in development.